Today we will talk about a topic that maybe someone will bother, but as they say, who has nothing to hide, He will have nothing to fear.

The circuit of the Canary Islands, It is well experienced by those who honestly has decided to change their lives, who has decided a change both for himself and for his children, perhaps by investing in activities or simply honest work as an employee.

Unfortunately, as often happens, among the many honest countrymen, there is always a percentage of those who, It decided to use the Canarian circuit, not only for the sun, for the sea or to the lifestyle, but to get around and why not also “to wash ” the money he was able to take away from the country called Italy, Canario using the same circuit as a sort of ” Blancheo money ” . 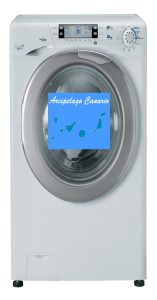 Let's talk about Fuerteventura, but I am certain that there are also so many other islands, persons belonging to this genre are not many, but easily detectable and well known.

Now the Modus Operandi of these characters , It is well tested and well-known, more and more often we read of Italians who are cheated by those with skill and quickness pin money even for a’ signing up AIR .

What most upsets venturing into the real estate market is the discovery of strange characters who, simply typing the name of pseudo REAL ESTATE AGENT in GOOGLE it turns out that in his resume HOLD not belonging to a well-tested cliché, but rather to a row of calls in court worthy of a good con man, perhaps with an attached extensive line of other creditors will not wait or worse thanks to the cunning behavior of the new Canarian, He has already closed its business.

Remember, when you're dealing with a character that maybe is not very convincing, just type in the search engine Google his name . Often with this simple search will discover that the agent who tries to rent a property It has a good list of crimes or bankruptcy earlier in Italy with worthy than scams.

Lately these characters, now at the limit of minimal apology, just to bring home the bacon, come to study more and more sophisticated methods, this obviously because in the Canary Islands is very high percentage of Italians desperately looking for houses for rent.

MAKEUP OF RENT THE HOUSE 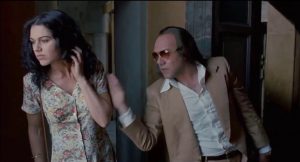 We truly experienced what can happen simply by publishing a vacation rental property for a house in Puerto del Rosario, In fact, just made public, we were contacted by a real estate agency, which, always email, proposed a ” little business”. Curious to this proposal we studied the subject, wondering what their ideas and here almost immediately so brazen demanded what the monthly rental price, We quickly responded that the price was € 550,00 costs excluded. Their response was not long in coming, In fact, to our surprise was asked whether there were problems in the event that they had published in Euros 750,00. Curious the end we agreed, with a simple question, or that solution would be found to tax level, because we would agree to pay taxes on euro 550,00 but not on the euro price 750,00, and here is the astounding response:

Virtually Mr.. Brambilla rent the house by the pseudo real estate developer for € 750,00, which, however, the contract will write € 550,00, with the addition of the famous phrase ” we can make 750 ” their friendship will be explained only to the future tenant who will perform a transfer of € 550,00 on behalf of the owner of the walls while the other two hundred euro will be received in the short hands by himself which of course by requesting them in cash and without a justified reason, will not issue any tax receipt .

E’ It was discovered by the testimonies of other people, that the method used is always the same and always more are the people who are deceived, but because of shame or despair of having to find an other house, the actual facts are never reported or brought to the attention of the competent authorities, so that they can proceed with a regular report.

IMPORTANT RULE: Always try to make contact directly with the owner of the walls and especially do always release each receipt and that it always corresponds to the transfer made, but if you pay in cash and without invoice, these jackals always will be the masters.

MAKEUP ON THE STICK RENTAL CAR

Working ourselves with the largest company rent car on all Canary islands we discovered how often these pseudo snake oil salesmen can do crest over a rent a car, often making you believe that behind a reservation there is an hour of work, which is absolutely false, and now we will explain the method.

We will always as an example Mr.. Brambilla who along with his wife Magda decides to take a vacation on the island of Fuerteventura and which unfortunately it is not able to book a car using normal Internet channel.

Obviously for a number of reasons, associated with bad luck, social media, friends in common, etc. etc, Mr.. Brambilla falls into Mario network, fixer that, with her friend Marianna, rent houses and cars in BLACK and without the appropriate authorization.

Obviously sull'affitto of their machine must earn, but how can they do it without the Brambilla maybe you discover that in fact that car the couple has recharged a carton of 50 Euros on a price of 100 € ?

Now we explain in simple steps how small they practice their scam. 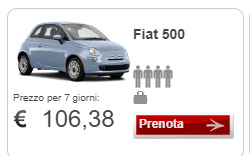 As we wrote Mr.. Brambilla has no idea on how to make a reservation and when the phone Mrs. Marianna, secretary Mario, It offers to perform it for them, Mr.. Brambilla was so relieved not to ask even the slightest information, or, what company rent car you rivologono.

An operator to perform a reservation of a car takes about two minutes, But while the operator will apply the same price of the web page, the Mr.. Marianna, remember that he has already earned sull'affitto black of the holiday house, which method uses to circumvent the Brambilla Friend ? Simple warning that the cost of the machine is the euro 150,00, advising customers not to worry, that for practical thinks she.

Of course the customer can only be lifted by such kindness and prostration to the sacrifice by Marianna, therefore wait for the day of his holidays with trepidation and serenity.

Here comes the fateful 14 July, day when they land at the airport of Fuerteventura Mr.. Brambilla with his wife Magda and as if by magic guess who will be the first people who will see the exit of the Gate? but of course Mario and Marianna, which, exceeded pleasantries, It is appresteranno immediately to put in place of the tricksy 50 euro, guess how?

That's so the band Hole has implemented the catch under the eyes of the poor tourists, even passing for benefactors. 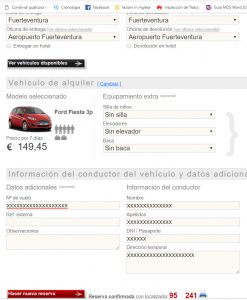 If you do not want to take any unnecessary risks and wish to be backed by a company as Seria CICAR , please contact our service Whatsapp, This is with Italian operator, that English, as well as Spanish. 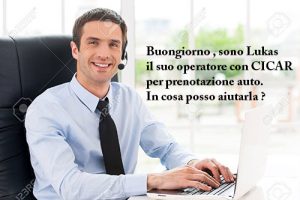 HOW IN THE CANARY ISLANDS A GOOD PRICE INCREASES MAGICALLY

How many times it happened to read an ad on some of the web portal, on which there is a sale at a price machine, Then discovering during the various coffee the same as if by magic has risen at a price of 2000 euro? dear compatriot Simple, with the famous mouth of the snake oil salesmen and now we explain how some live ” lords of 50 euro ” .

Today I decided to sell the euro at the machine 6000,00 and I parked with the classic sign ” Join mettle ” . It's not the car passed unnoticed friend TOTO ', famous seller of dreams on the island of Fuerteventura, who asked me the price, I tell him I want to accomplish € 6000,00 without paying any brokerage, so if you know someone will be felt for me a simple favor rewarded with a coffee.

THIS’ , who want to sell as soon as possible to pull a living or to make ends meet, He speaks with PEPPINO warning him that they possess an exceptional car to euro 6.800,00 ( note the € reloading 800,00 ) and that if he knew someone interested in buying a car, to put him in touch with him, of course Toto warned against the price they want to accomplish, so any intermediary will be rewarded by him with a proper coffee.

PEPPINO, that is financially worse off than TOTO’ tries in turn to disclose the big deal communicating to OSCAR, Another wily salesman, to have a car in your hands with a very advantageous price, motor vehicle with 20 thousand km to the modest cost of € 7.600,00 ( notice the 800,00 € more, euro 1600,00 reloading the initial price ), obviously full price to be realized without any discount and without ” splint “for mediators.

The story goes on until you arrive at a cost of € 9000,00 for a medium that is party to the source from EUR 6000,00, the whole, peppered with characters that always meet at the bar or out in the beach, characters in the beloved ITALY denigrereste even just watching them, characters to which if you ask for the profession, the only answer you will receive is ” I decided to change my life to enjoy the days ” But, while at your house would not let the keys to your brother, in the land of palm trees and blue sky, you choose to entrust your money to people who obviously play the cat and the fox .